Convert currencies from the Dashboard 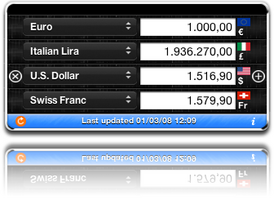 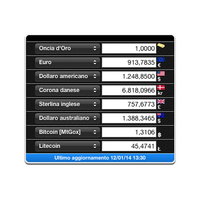 Advertisement
Currency Converter is a widget that uses information from Yahoo in order to do multiple conversions of almost any currency in the world, including some that have disappeared like the Spanish peseta or the Italian lira.

The widget lets you specify between one and five decimals in the amount you want to convert. You can also use simple operations, such as addition, subtraction, and multiplication.

The currencies can be listed by name, country, and ISO code. Another interesting feature lets you apply a different rate, so you can know how much you would exchange your money for.

The currency on the top is the one to be taken as reference. The rest shows the equivalencies in the different currencies. You can add as many as you want. The date of the most recent update to the widget can be seen on the lower part.